SALOME was only eleven when she won 3rd place in the prestigious Concorsi Internazionali di Musica "Città di Stresa", Italy, where she stood out for her "virtuoso mastery" and "soulful devotion". Two years later, her "brilliant" playing took the judges in France and Italy by storm as she was awarded three 1st prizes. In 2001, at the age of fourteen, Salome was again awarded 1st prize from the renowned Concours Musical de France and in 2004, 2nd prize from the 7th annual Ludmila Knezkova-Hussey International Piano Competition in Canada. 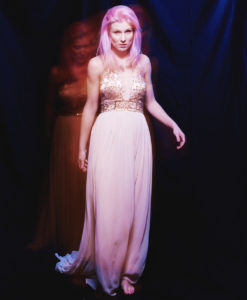 Salome was born in 1987 in Japan to Swiss parents and now resides in New York. Her passion for music emerged in her early childhood where at the age of three she began studying classical Japanese dance with the famed master Hanayagi Wasen. At the age of four, she enchanted the audience at her first public performance in the Municipal Theater of Kobe, Japan.
When she was five years old, Salome discovered her fascination for the piano and began studying in Lugano, Switzerland. From 1993 on, she continued her studies with Patricia Pagny in Strasbourg, France, Galina Vracheva in Zurich, and with Françoise Parrot-Hanlet and David Lively at the Ecole Normale de Musique de Paris. From 2009 through 2010, she studied with the late Benjamin Kaplan in London. In 2011, Salome moved to New York and studied at the Mannes College of Music under the guidance of Jerome Rose.

Salome has performed in various master classes, amongst others conducted by Karl-Heinz Kämmerling at the Mozarteum in Salzburg, Austria and Paul Badura-Skoda at the University Franz Liszt in Weimar, Germany. In the summers of 2008-2010, she was a scholarship recipient at the International Keyboard Institute and Festival (IKIF) at the Mannes College of Music in New York.

In 2004, she debuted at the illustrious Tonhalle Zurich, performing Mendelssohn's Piano Concerto no. 1 with the acclaimed Symphonisches Orchester Zürich. Since then, she has performed internationally in solo recitals and with prominent orchestras including the Kansai Philharmonic Orchestra, State Hermitage Orchestra, Hofer Symphoniker, Zurich Chamber Orchestra and the Orchestra Musikkollegium Winterthur. Salome also participated in several international music festivals including the 20th Davos Festival "Young Artists in Concert" in Switzerland, and the Musical Olympus Festival in St. Petersburg, Russia. 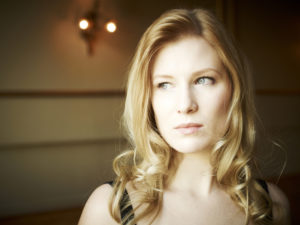 Seeing more possibilities in the way classical music is presented, Salome conceived “Envisage”, a multimedia project adding elements of scenery, lighting, and video to a classical recital program. “Envisage” represents a new way to showcase classical musical performance and to introduce innovative elements to a traditional art form which allows the audience to experience the music in a truly heightened way. Together with Director of Production, Steven Ehrenberg of Broadway and theatre shows worldwide, Projections and Video Designer, William Cusick, and Stage and Lighting Designer, Marc Janowitz, she produced and performed the first of “Envisage” in the summer of 2012 in New York City. The official World premiere tour of “Salome’s Envisage” took place in December 2013 in Switzerland.

In 2013, Salome joined the video game music band Critical Hit , founded by renowned composer Jason C. Hayes ("World of Warcraft", "Starcraft") and comprised of well-known U.S. musicians. Since then she has toured nationally and internationally with them as well as with other artists, such as YouTube sensation violinist Taylor Davis. 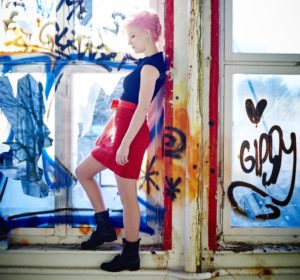 Salome has released 7 solo albums so far and further recordings were broadcast by the Swiss radio DRS2, Bayern Klassik 4 and Radio Classica.

Shortly after joining Critical Hit, she started arranging and commissioning video game and anime music covers for solo piano and recorded “PLAY”, her first solo album in the genre, in 2015. Her latest album “Salichan” was released in December 2016 and features piano arrangements of songs from the beloved soundtracks of the Studio Ghibli movies “Princess Mononoke”, “Spirited Away”, “My Neighbor Totoro”, and others.

Still passionate about bringing visual art and music together, she conceived and produced “Salome & Salichan”, another audiovisual performance project, this time combining video game and anime music with an adorable pink-haired and interactive anime character, “Salichan”, and premiered the project in NYC in 2017, presented by the Swiss Society of New York.

Since the fall of 2018 she is a “Signature Artist” for Musicnotes.com, a leading online sheet music retailer, where she regularly publishes her arrangements as sheet music for purchase.

Salome has received scholarships from the LYRA Foundation as well as the Fritz-Gerber-Foundation, and was granted sponsorship by Comicro-Netsys and the foundations of Georg and Bertha Schwyzer-Winiker, Ernst Göhner, and Dorothy MacKenzie Artist Recognition Foundation. 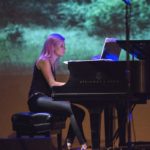 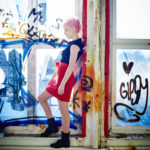 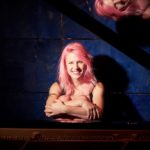 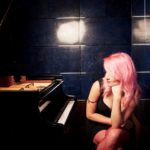